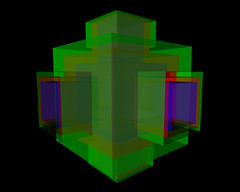 VR (virtual reality) offers an intuitive form of human computer interaction, making way for non-symbolic computer mediated communication based on tactile languages in an immersed virtual environment. Based on the popularity of MMORPGs (Massive Multiple Online Roleplaying Games) and other virtual communities we could conclude that the need for connectivity in a virtual environment as a parallel dimension is not just a rare phenomenon.  With ID-space we wanted to explore its possibilities. 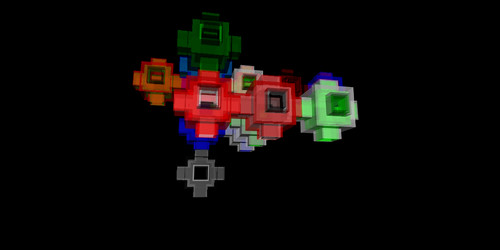 The communication model ID-space we’ve introduced is not just an ordinary virtual chat box, but a virtual city; a place where paths cross and people meet. A pleasurable environment for individual development and growth, with room for imagination and play. In our pressure-packed society having fun is almost synonymous for wasting time. But we feel that taking pleasure in playful activities can be used as a constructive force. We want positive creative thoughts to shape our future. 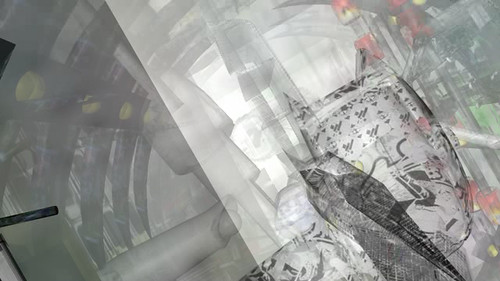 Critics will probably argue that trying to solve the problem by piling more technology on top of isn’t the appropriate course of action, since the problems were created by that technology in the first place. But let’s face it: the computer is here to stay. It has become a part of our lives, whether we like it or not. We should embrace it as such.
We cannot erase all technology out of our lives and abandon our computers. But we can use the computer as a conduit between people, to connect them again on an emotional level. Get them involved. People need to be at ease with new technologies to use it to improve their lives and to deal with the consequences.
ID-space may just be an idea, a hypothetical environment in a possible future. It is a virtual representation of humanity, a model for existence, a model of reflection and play. New technologies might offer a different perspective on ways of communication, but the need for connectivity is as old as humanity itself.
Therefor we are confident that ID-space could contribute to a new perspective on computer mediated communication and would like to conclude with the following:
Not knowing our destination or purpose in the Big Game of Life doesn’t keep us from playing either.